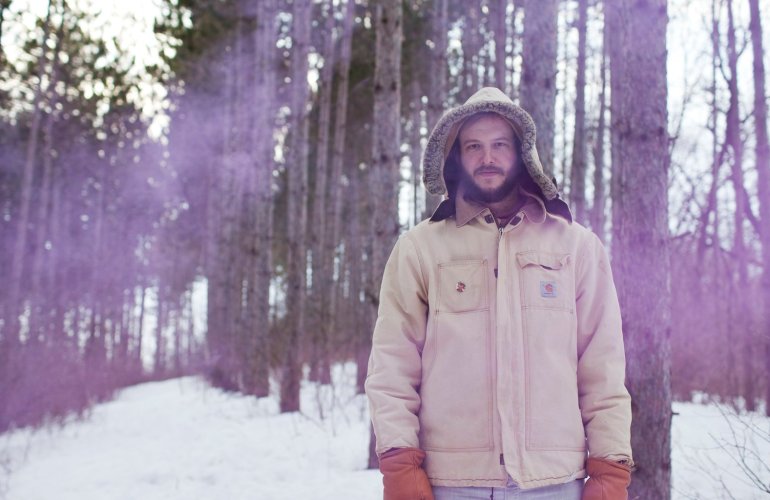 Within these songs, one can hear the impact Wisconsin’s environment has on musicians. From cabins in northern Wisconsin to the urban jungle that is Milwaukee, each of these songs projects an image of Wisconsin. These artists vary from popular musicians such as John Vernon of Bon Iver, to lesser known bands including Blessed Feathers and Trapper Schoepp & the Shades.

Coming from Eau Claire, the band Bon Iver is one of the biggest bands on this list. The band released “Minnesota, WI” on their self-titled album “Bon Iver, Bon Iver” in 2011. The front man, John Vernon, said each song on the album represents a place. In this song, Vernon describes an idyllic valley consisting of open fields and a stream travelling through the valley. The song paints a picture of a place, a secluded place somewhere in Wisconsin.

The duo Blessed Feathers, consisting of Jacquelyn Beaupre and Donivan Berube, comes from West Bend, a city near Milwaukee. This song describes the transition between winter and spring and its effect on the landscape. It begins describing a bird at a windowsill, and then moves on to the blooms that have erupted with the start of spring. The song ends with a couple shaking away the doom of winter and embracing the nature that comes with spring.

3. “Home in the Woods” – Cory Chisel and the Wandering Sons

Cory Chisel comes from Appleton. The song “Home in the Woods”, released in 2008 on the album “Cabin Ghosts,” takes the idea of escaping the distractions of the city and making the wilderness into a home. With lines like “We can stand all night in this cedar,” and “Well reach for me darling through that dark tree line,” it is apparent that the wilderness had a significant impact on the emotions of this song.

This band stems from Milwaukee, and consists of two brothers, Trapper and Tanner Schoepp, and their friends Dustin Dobernig and Job Phillip. The song “Tracks” was released in 2012 on their album “Run, Engine, Run.” The entire album is an ode to the state of Wisconsin and presents pictures of the rural scenery the state holds. This song’s music video presents the most vivid picture of the landscape, which takes place in the backseat of a car traveling through the back roads of Wisconsin.

5. “The Birds of the Air and the Flowers of the Field” – The Daredevil Christopher Wright

Jason Sunde, Jesse Edgington and Jon Sund all make up the trio that is The Daredevil Christopher Wright, originating from Eau Claire. The Song “The Birds of the Air and the Flowers of the Field” was released in June 2012, on the album “The Nature of Things.” This song encapsulates many different facets of nature, including a bird, a wildflower and a deer. Throughout the song, the lyrics describe sights and sensations all relating to a landscape and to an environment.