Hello book friends! I went through a bit of a reading slump at the beginning of this month, but really pulled through in the end and ended up reading a total of 10 books. WOOP

As May was Asian Pacific American Heritage Month, I tried my best to mostly read books with Asian characters or written by Asian authors. And I am so happy I did.

I read a few books this month that are probably some of my all-time favorites and I’m really not sure I would have picked up had I not been trying to read Asian authors. SUCCESS!

A majority of the books I read in May were 5 stars. A Majority! I don’t think that’s ever happened to me before. I’m a notorious 4-star rater so I’m very happy to get some 5-star worthy books this month. If you want to check out all of my star ratings and reviews, check out my Goodreads account.

If you want to check out all of the books I read in May, continue reading below! 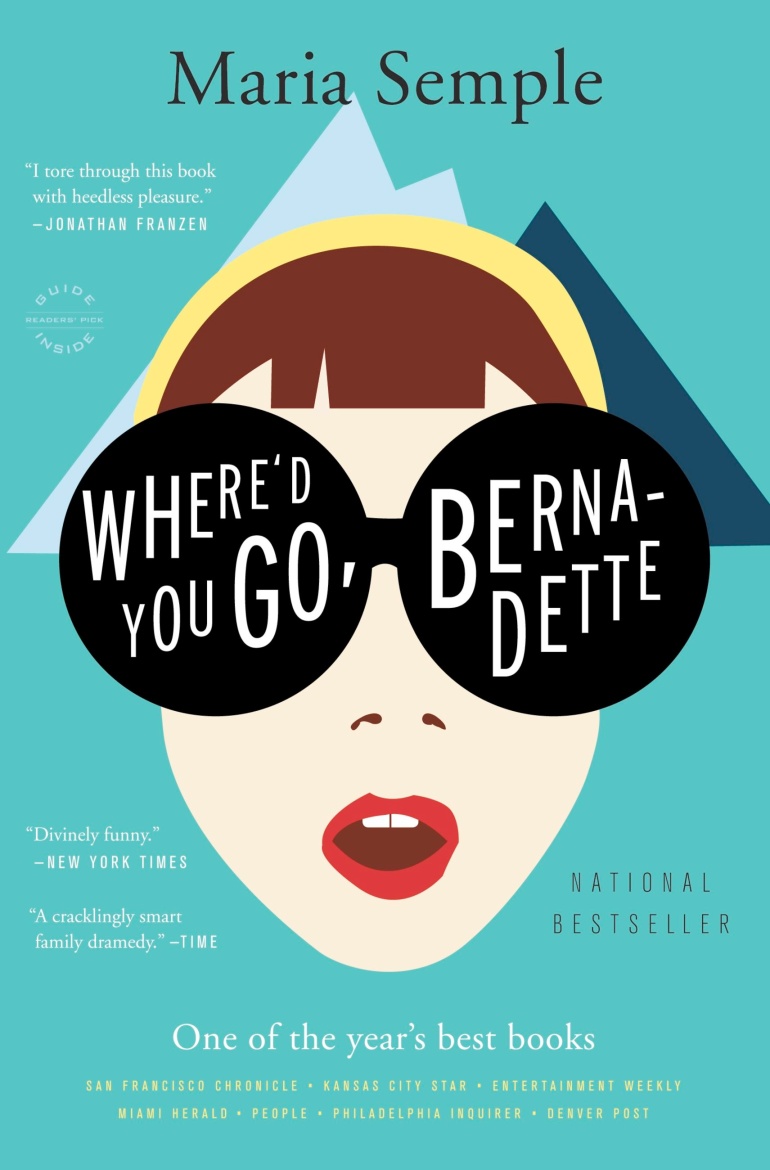 So, I started out this month with this book by Maria Semple. To be honest, I didn’t have very high expectations. I heard it was popular but also thought for some reason people weren’t that impressed by it.

Wow was I shocked by how much I love it! One day, Bernadette disappears. This story is told through emails and official documents compiled by her daughter Bee, all leading up to the day Bernadette goes missing. There’s some school mom drama, architecture genius, and the cutest mother-daughter relationship.

Although there are many amazing qualities to this book, my favorite part was their trip to Antartica. I so so badly want to take a cruise to Antartica. 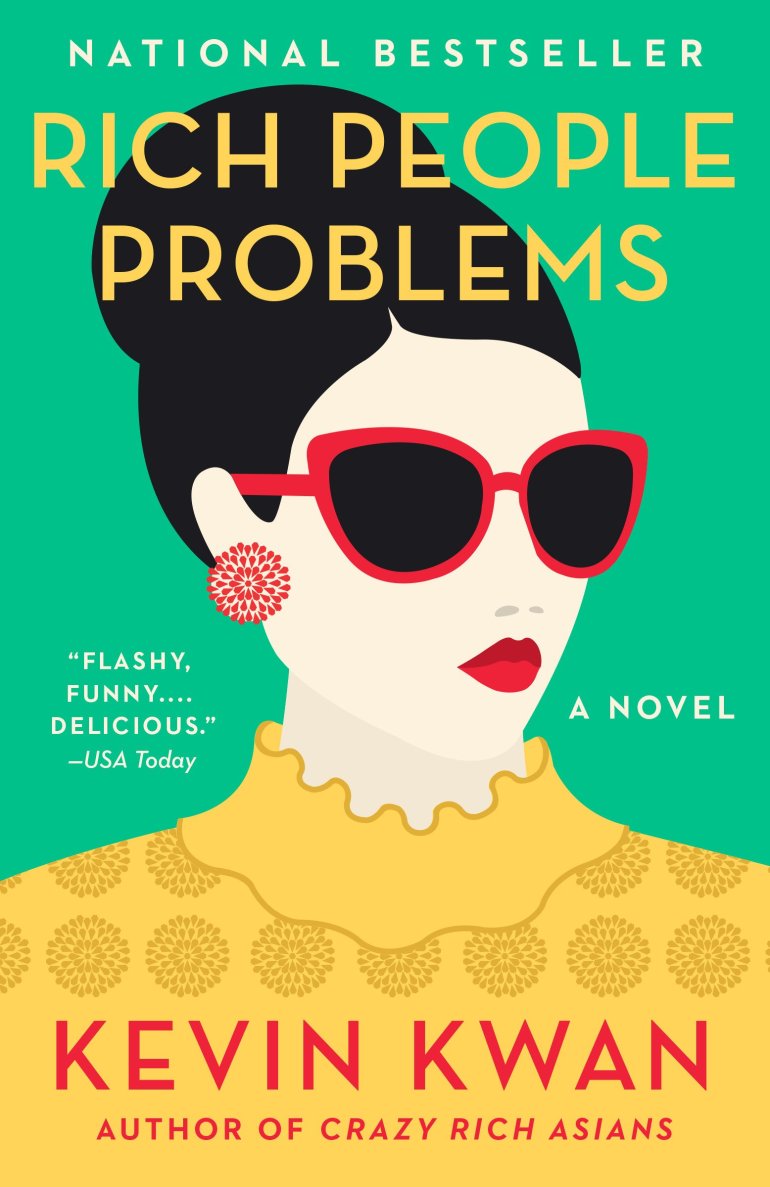 This is the third installment in the Crazy Rich Asians series. If you’ve never heard about the series before, it follows some crazy rich Asians living in Singapore, Hong Kong, and mainland China.

These books are hilarious and slightly infuriating as you watch these families throw around so so so much money that I cannot even fathom.

As to not spoil the second and third books, the first book is all about Rachel and her boyfriend Nick who live in New York as professors. One day, Nick decides to take Rachel back home to Singapore to attend his best friend’s wedding. Rachel soon finds out that Nick is a part of one of the richest families in Singapore. As you can imagine, Nick’s family isn’t so thrilled with him bringing someone home outside of their social class. The books follow their story as well as Nick’s other family members as they try to survive the trials of being rich and beautiful in Asia.

Love them! Can’t wait for the movie to come out. 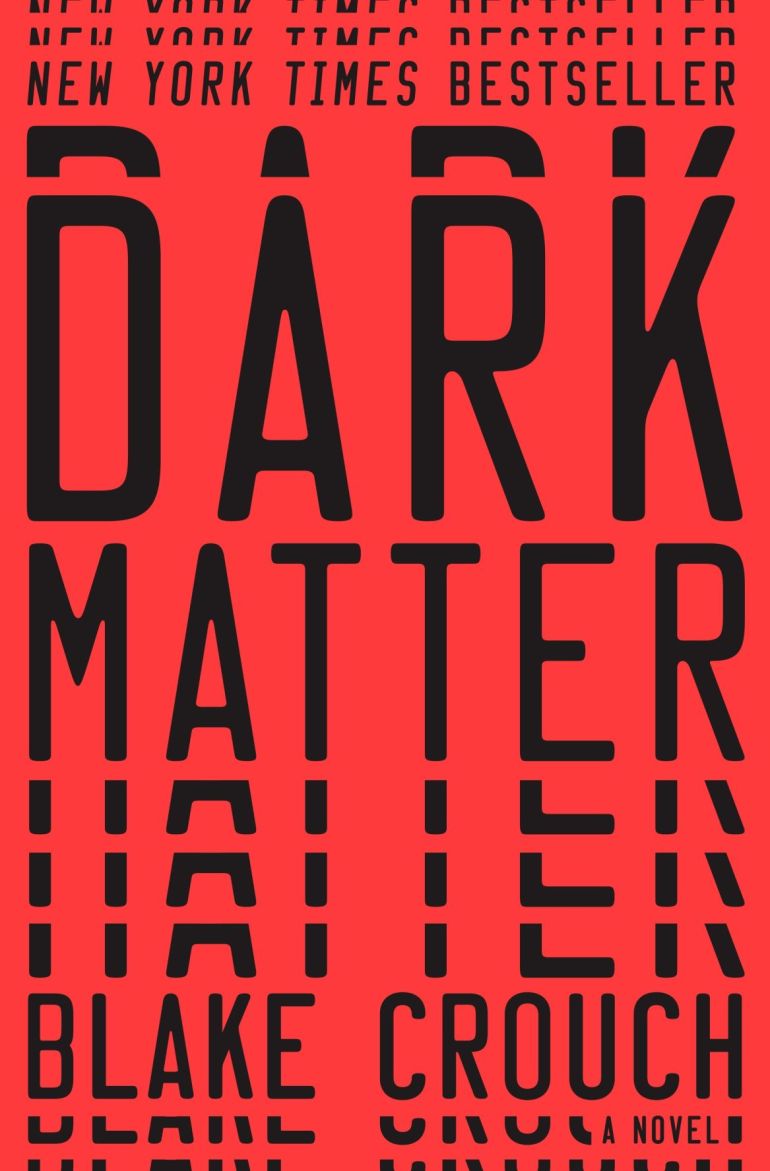 Oh, man has this book been a long time coming. I’d only heard good things and lucky for me, they were all correct! This book had me guessing with every twist and turn and complicated scientific explanation.

I don’t want to say too much about what this book is about, because I think it is best read with little to no explanation. Go in blind and you will be surprised, excited, and maybe a little confused.

If you’re into anything science fiction and thriller related, I’m sure you’ll love this book. 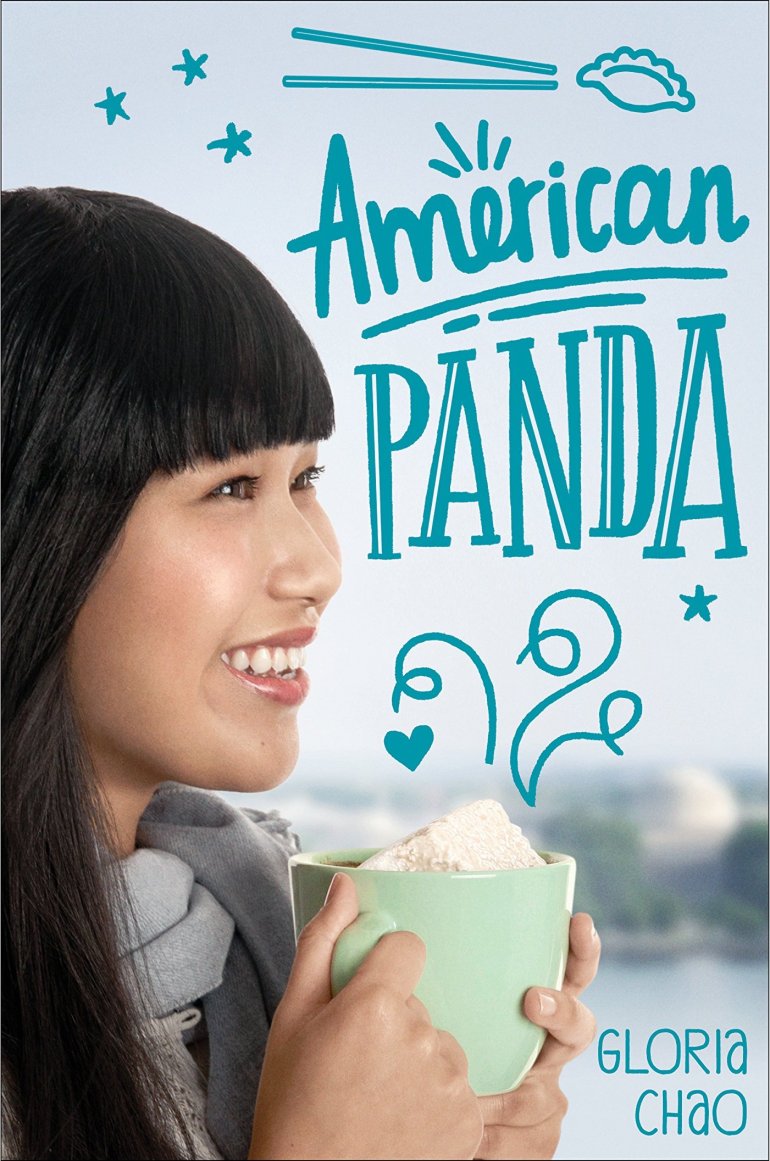 I loved this book so much! This was another surprising love for me. I’d heard people talking about this book, but hadn’t seen any full reviews so I was kind of going in blind.

This book follows Mei, who is a 17-year-old Taiwanese American girl headed to her freshman year of college. Her parents are pretty traditional and very strict. They have her whole life planned out for her (college, find Taiwanese husband, graduate, med school, doctor), but Mei isn’t sure she can follow through with all their plans.

We follow Mei as she figures out who she is between doing what she loves and following her parents’ wishes. I think this is a powerful read that almost anyone can relate to.

Although my parents weren’t especially overbearing, I’ve (like most people) struggled with finding myself among the pressures of society, teachers, friends, etc. If you want a cute, thoughtful read that shines light on a Taiwanese diaspora experience (in a college setting!!) check out this book. 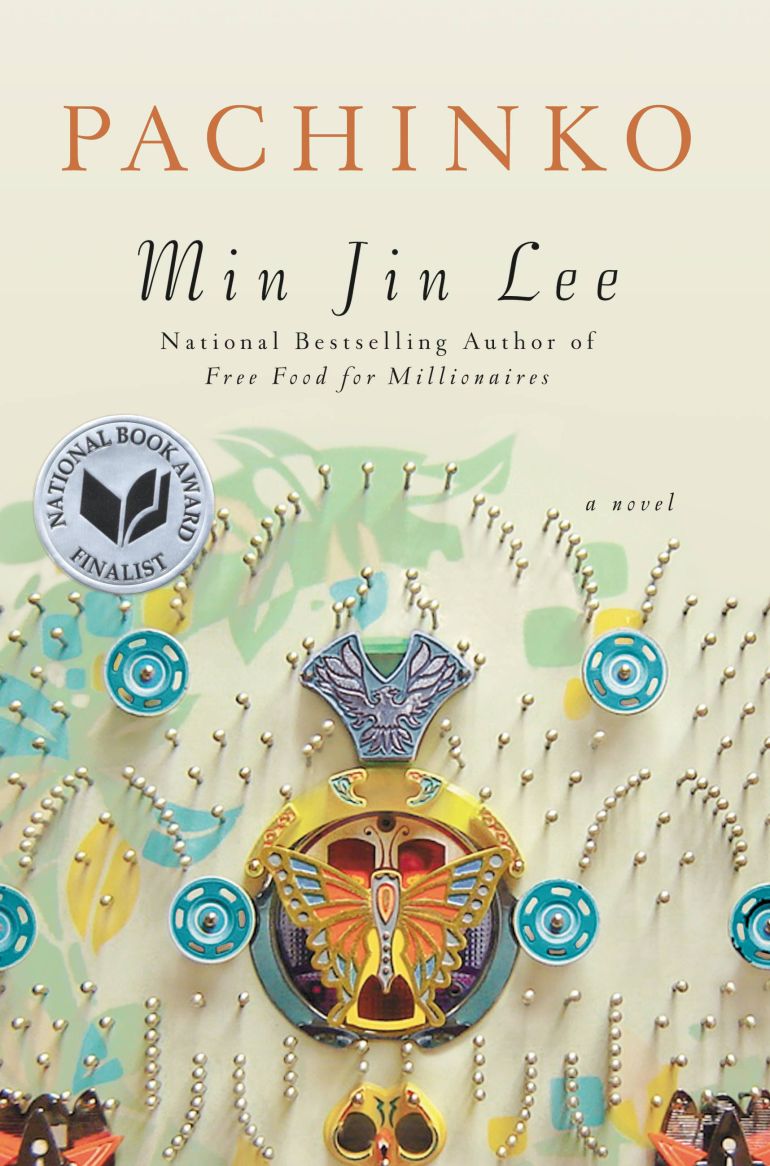 Yet another book that I’ve only heard good things about, and for good reason. I’m not usually one for historical fiction, but this book was truly worth it.

I haven’t read much or anything about Korea during Japan’s occupation, the second world war and after, and this book really opens a window to that time.

You’re following Sunja, the prized daughter of a poor family, as she discovers her unplanned pregnancy and is then swept into a marriage and a move to Japan.

This book follows the lives of Sunja’s family as they try to survive in a Japan that rejects their Korean heritage. There is love, heartbreak, tragedy and so much more packed into this book.

The writing is phenomenal and the story just as good. Read this! I beg of you! 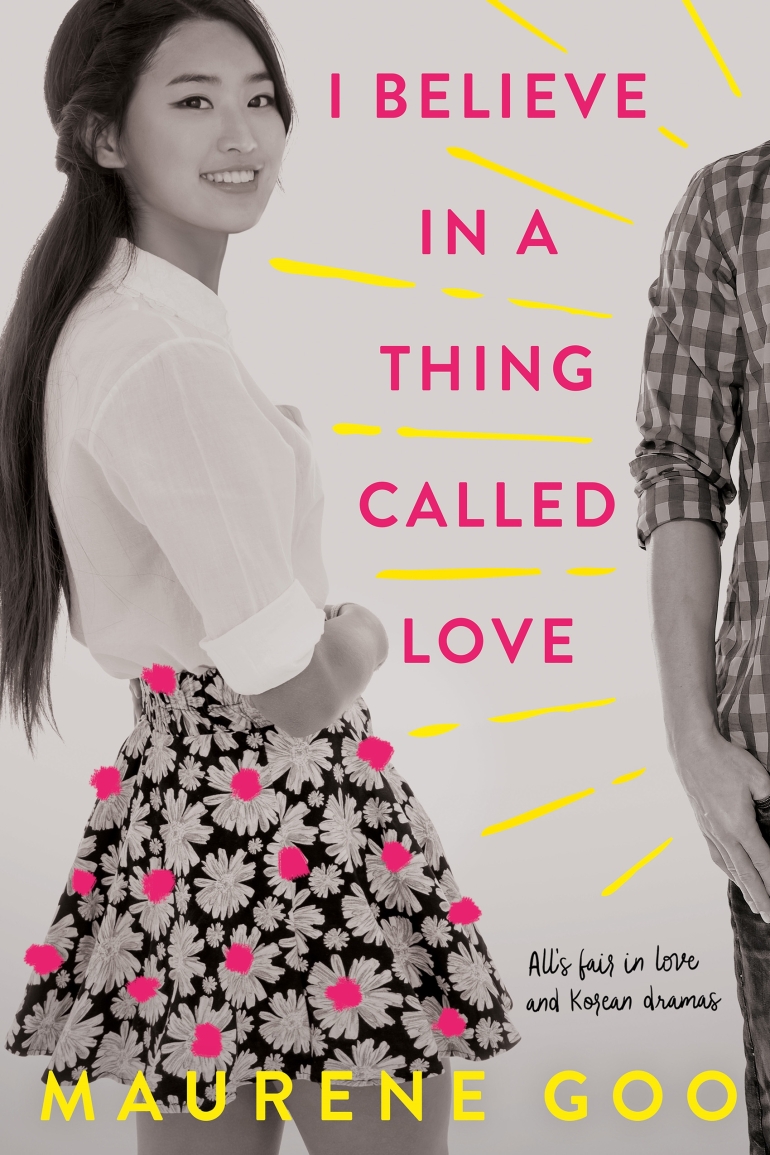 6. I Believe In A Thing Called Love | Maurene Goo

This book follows our main character, Desi, who’s a Korean American girl in high school. She’s got everything going on in her life—everything excluding her love life. She excels in school, extracurriculars, sports, the whole nine yards. The only thing she can’t get right, however, is getting a goddamn boyfriend.

This is a long-standing problem in Desi’s life, and she’s finally decided to turn it around. Through the expert advice of k-dramas.

Oh, man do I love a good k-drama. And like Desi finds out, the characters definitely follow particular steps on their way to finding love. Desi, with her analytical mind, decides the best way to catch the new hottie at school is to follow this k-drama love formula.

If you are a fan of k-dramas you will LOVE this book. Or maybe hate it because it definitely pokes fun at them and certain ridiculous aspects in them. 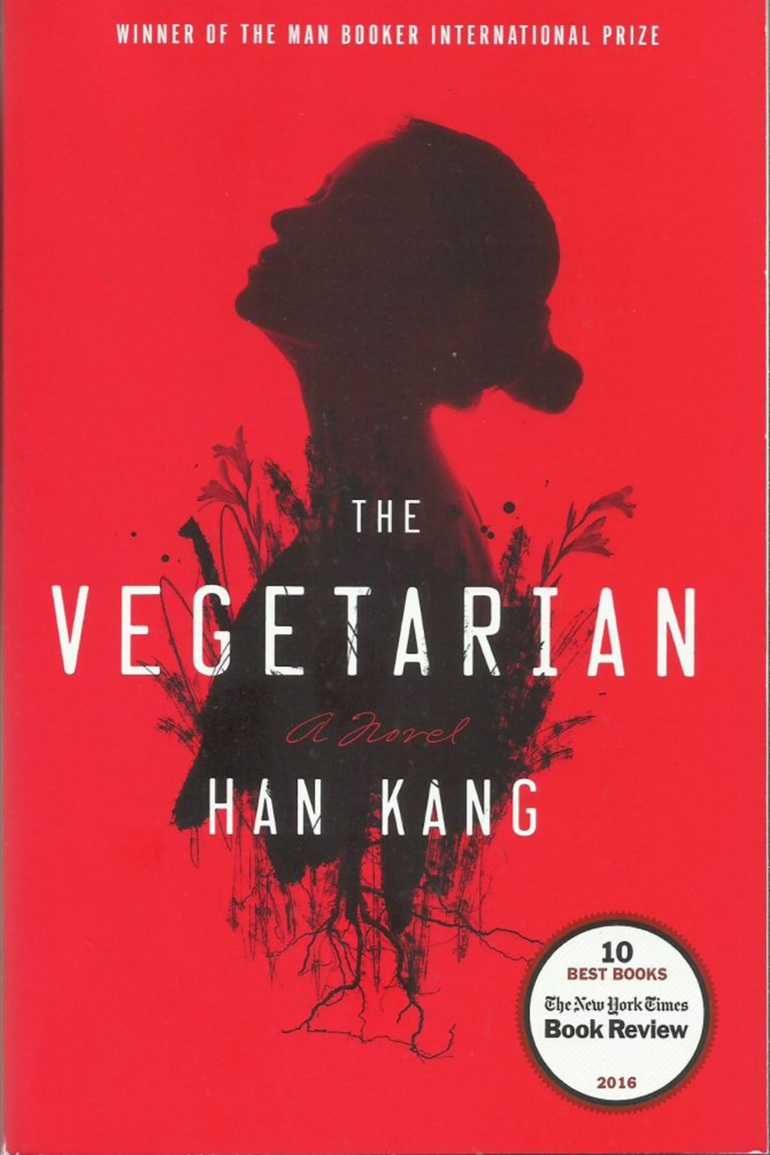 This book was so hyped. So much recognition. When I was living in Korea I was warned by numerous Korean coworkers to “watch out” with Han Kang. I’m not exactly sure what they meant by those words, but I decided to read the book anyway.

This book is really weird, but I’ll do my best to summarize it for you. This woman has a nightmare that inspires her to go vegetarian (actually vegan, but ok). She decides to stop eating all animal products and this choice affects many aspects and relationships in her life.

The book has 3 different parts narrated by three characters in the protagonist’s life. The first two I was kind of into. I really hated her husband in the first part, but it was still interesting. The second part was from the perspective of her brother-in-law and that was interesting as well, albeit a bit creepy in my opinion. The third part, however, was when shit really hit the fan. I have no idea what happened there. For me, it all really went downhill.

After reading a couple reviews, though, I think I can kind of see where Han Kang was going with this book, but it was still not my favorite. I think if you’re interested in it, definitely give it a try. It’s just not the book for me. 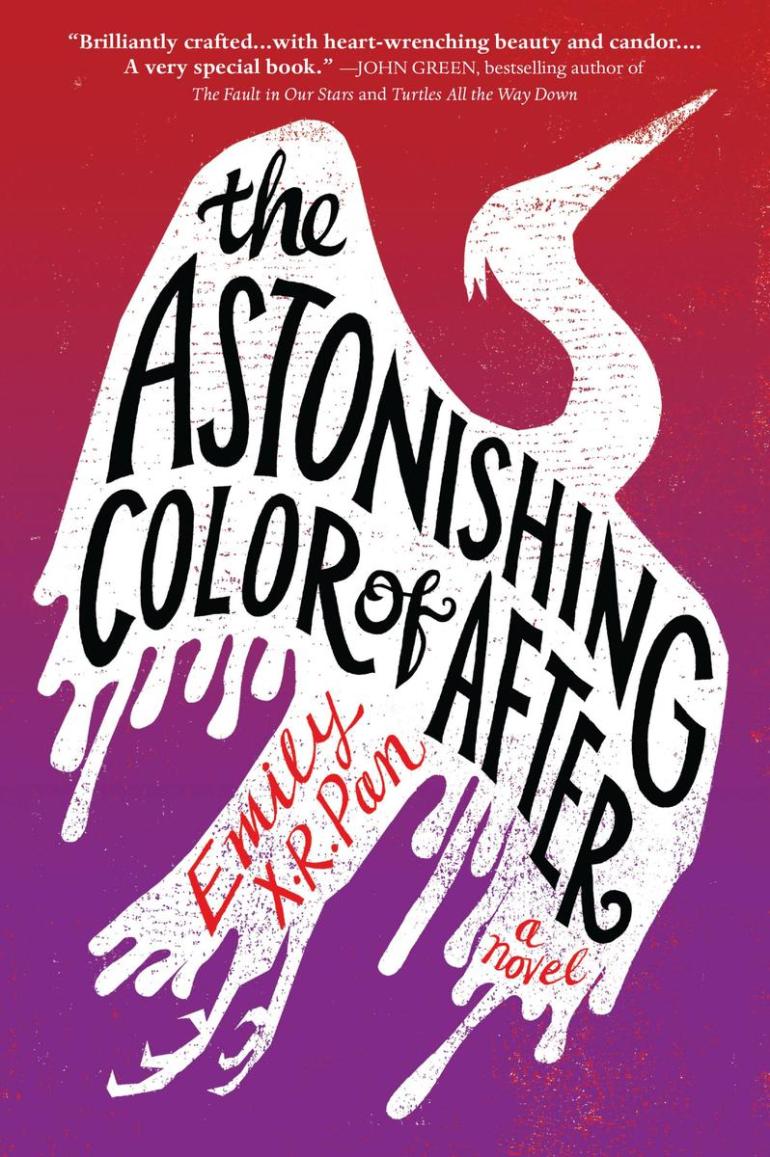 8. The Astonishing Color of After | Emily X.R. Pan

WOW! If you love magical realism as much as me, you need to read this book right now. I had straight up no idea what this book was about before going in. I think I heard some chatter that it had something to do with grief, but that really was all I knew going in.

It follows the main character Leigh who is a Taiwanese American teenager right after her mother commits suicide. She ends up going to Taiwan to visit her maternal grandparents who she’s never met before to try to learn more about her, her mother, and her background.

I think it’s better to go into this book not knowing much about it. All of the sprinkles of magic dispersed throughout the book was a happy surprise for me, and I want you to be able to experience it the same way I did.

Aside from the bits of magic in this book, the writing was what really made this one of my all-time favorite books. Oh, man, it is so good. My favorite kind of writing is one that speaks like water, flowing and weaving together to make the best kind of story. It’s lyrical and kind of flowery but in the best way possible.

If you’ve read I’ll Give You The Sun, it really reminded me of the writing in that book. 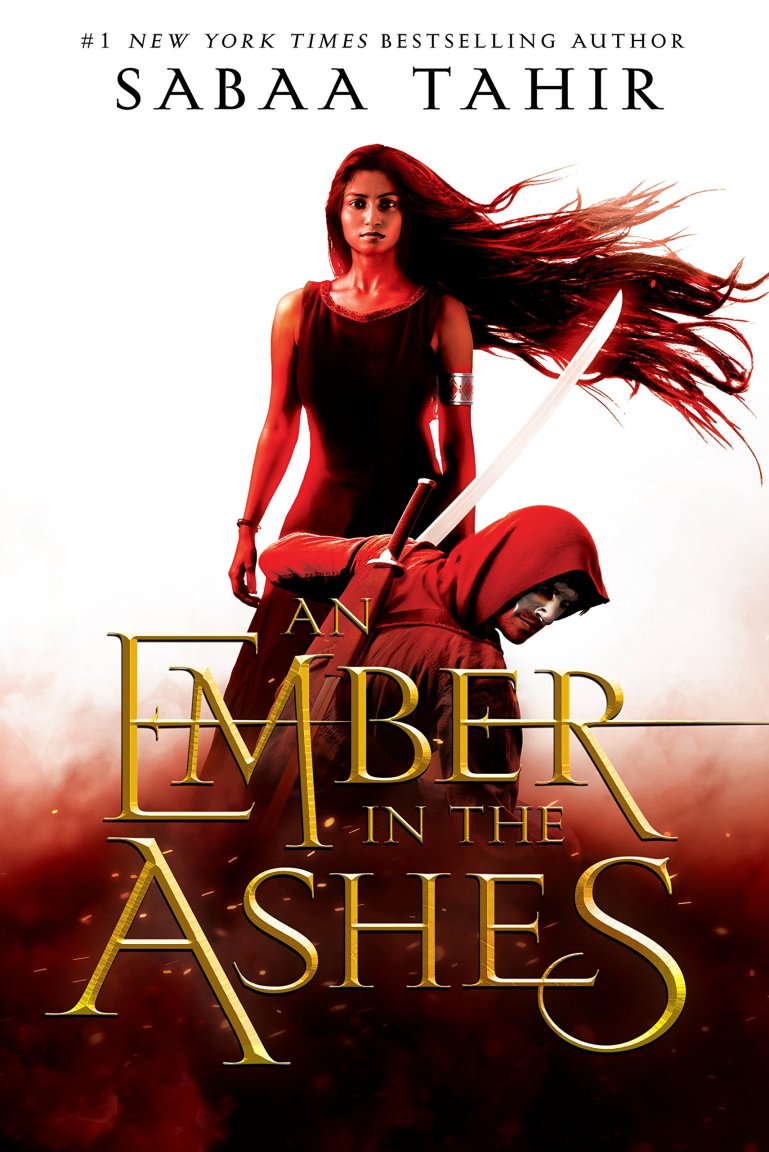 9. An Ember In The Ashes | Sabaa Tahir

As May was coming to a close, I wanted to continue my goal of reading Asian authors, but I was kind of getting tired of contemporaries and literary fiction. Enter An Ember In The Ashes. I really don’t remember where I heard about this series, but thank you, Jesus, whoever recommended them.

Okay, so the overall structure of this fantasy world is not exactly novel. We have girl. Girl is poor and weak and a part of an oppressed class. We have boy. Boy is an elite soldier of the reigning empire. Boy and girl meet. Worlds collide. Things happen.

We’ve heard all this before, I know.

The thing is, this one sneaks in a bunch of other stuff that makes it so so much better than the rest. It’s a little dark and you don’t really know who to trust or what everyone’s end game is.

So good! The ending was amazing. Brilliant character development. Slight insta-love, but it did not make me gag, so acceptable. 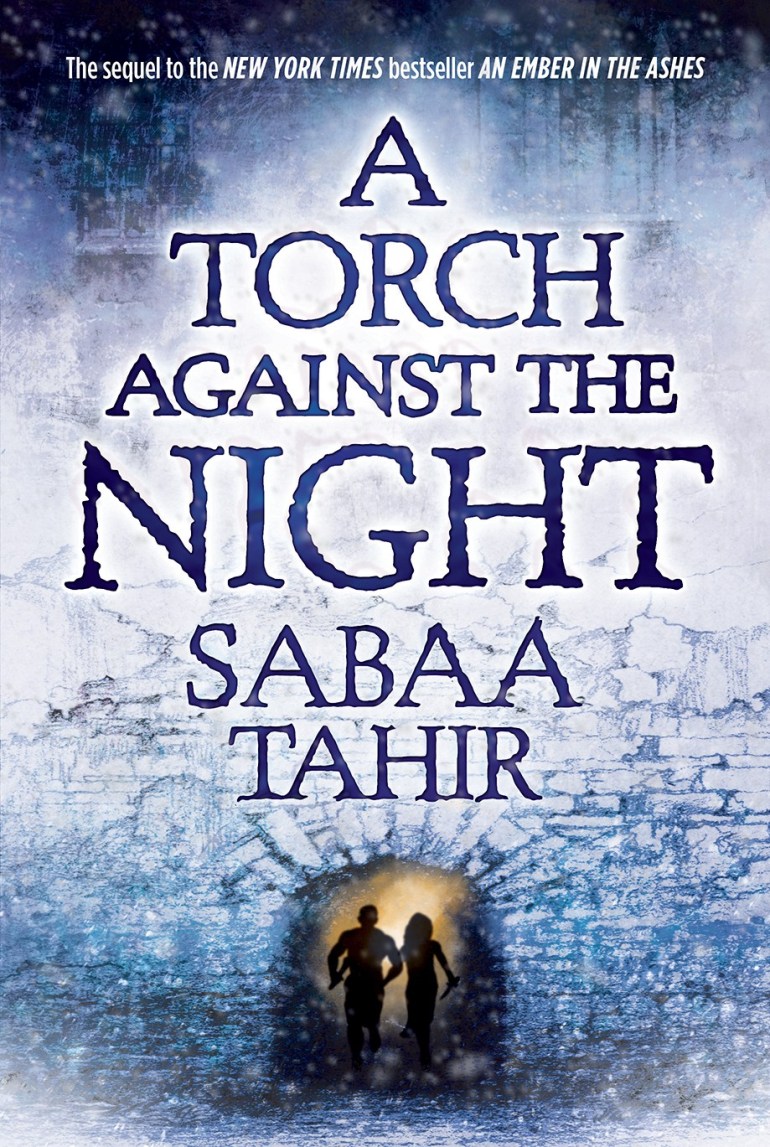 10. A Torch Against The Night | Sabaa Tahir

Yes, immediately after finishing An Ember In The Ashes I dove head first into the sequel.

It had all of the great aspects of the previous novel and MORE! MORE!!!

I stayed up until approximately 4 am. Literally holding my eyes open with my hands in order to get to the end. Every other line on the page was blurry, but I did not give up! I was determined to get to the end, and I did. (lmao obsessive, much?)

I think because I was even more invested in the characters than the first book, every good and bad thing that happened to them affected me even more. I was making some bizarre gasping and scoffing noises out of frustration and delight. I was punching the air in celebration one minute then punching my pillow out of frustration the next.

She really put her characters through a lot. More than I ever could. But it really resulted in a phenomenal book that everyone needs to read.

I am SO HAPPY that the next book in the series is coming out soon. I don’t know what I would do if I had to wait any longer.

2 thoughts on “All The Books I Read in May”